Wow, what a whirlwind year, 2018! You kept me on my toes! A million thanks to the countless creative people and brands I’ve been able to lend my voice to recently. While some of that recent work is available on the recent work page, I’ve also updated my demo reels a number of really cool fun campaigns I’ve been a part of recently.

These demos include some of the rad work I’ve done lately for FOX, CBS, The California Lottery, and others.

Take a listen below!

Voice acting (or “voiceovers”) is one of the most unique and exciting professions in the world. Working voiceover artists often, and sometimes always, work from home, auditioning for new projects in the morning and doing live remote sessions with other studios and directors in the afternoons and evenings. There aren’t too many jobs where you can literally go to work in your PJ’s every day, but when you’re working from home often, voiceovers can be one of them!

One of the most common questions I’m asked – on the phone, email, in person – is “how can I become a voice actor”. It’s often preceded by the statement, “A lot of my friends have been commenting that I have a pretty cool/unique/interesting/exciting voice and recommended I consider voiceovers.” My answer is usually long-winded, so I wanted to write it all down here in hopes that some who may find themselves considering voiceover as a career and asking these questions could find some answers from a working voiceover artist. Of course, everyone has opinions, and some may disagree with me, but I’ve found the vast majority of voiceover artists will offer a similar response with like-minded guidance, so I hope you’ll read on and take it to heart!

One of the most valuable lessons I learned when I first started my career as a VO artist was this: It’s not about the voice. That might seem insane or counterintuitive or misguided, but I say this for a couple of reasons. Firstly, some of the most naturally-gifted people I know, with remarkable voices (deep, high-pitched, textured, smooth, you name it) are not successfully earning their income as the VO artist they want to be. Why? A few reasons. Firstly, performing voiceovers is almost never about making an interesting sound come out of your voice to engage an audience. To the contrary, the most important task of a voice actor is interpreting copy. What is “copy”? Copy is the “script” you get from your agent, the production company or whoever your client is. Copy, by its very nature, is two-dimensional. It’s nothing more than black ink on a white sheet of paper. But before it came to you in that form, it was an idea, a full-fledged vision of sight and sound that existed in the minds of the creative team and copywriters. When they wrote it, they had a certain intention for meaning. They’d be able to answer questions like “Who’s the audience”, “How old are they”, “Male or female”, “What do we want them to feel”, “Is there underlying humor or is this dead-serious”, “Are we selling a product or a way of life”, “Should this sound conversational or be an in-your-face-hard-sell”. These are just a few of the surface level questions inherent beneath the two-dimensional copy on the paper; there are many more. The job of the voiceover artist is not solely to be the “sound” of the copy, but to be the “meaning” and the answers to these questions beneath it.

Most vocally-gifted artists who pursue voiceover work never reach their full potential success because they can’t effectively interpret the meaning in the copy and subsequently translate that to sound. There’s often a disconnect which doesn’t come naturally. Fortunately, it can be taught.

That leads to the next important step: training. Training is one of the most overlooked steps in the voiceover career path, and let me be clear, it is a must. I know many voiceover artists making hundreds of thousands or millions of dollars each year who still treat training as a must on a regular basis. Even I have to confess I don’t train one-on-one as often as I should, and it’s important to do so. Voiceover is like its own language. If you’re not regularly training, working and using it, you’ll inevitably get out of practice and lose your edge.

One of the most important benefits of voiceover training is that you’ll get an unbiased second set of ears with decades of experience. A good coach will not sugar coat facts about your delivery or tell you it sounds great if you’re missing meaning in your reads. Your voiceover coach will point out the little “fingerprints” in your voice that are unique to you, help you understand which parts to tone back and how, and bring out the real “you” which is often hidden inside of you when you deliver your lines. A voiceover coach will help teach you how to avoid performing for a microphone, and instead to speak to the ultimate audience who will hear the finished spot, treating the microphone only as a sensitive tool that bridges the gap.

More and more, I see work come through that seeks a “conversational” read. Think about films from the golden age of cinema. Remember how actors would perform so largely, enunciate so clearly? When we see the performances in those films and compare them to our Oscar-winning performances today, the films from the 1950’s seem almost fake. We can clearly see the overperformance. The trend, it seems, continues. Producers and directors are often seeking genuinely real-sounding people, and few aspiring voiceover artists have an innate understanding of how to give them that. The instinct for most is still to “act” when they speak into a microphone, rather than simply to be his or her own self within the confines of the copy. A good voiceover coach, and there are quite a few, will show you how to become your true self in front of a microphone.

Check back soon for my “Part 2” on this. I’ll include a lot of important information about startup costs, equipment, which coaches I recommend, finding an agent and more. Stay tuned!

TV network promos are the miniature trailers, if you will, that air on major TV networks to promote their top shows. Network promos are usually 15 or 30 seconds, but can also be short bumper segments of about 5 seconds or extended promos of 1 of 2 minutes.

Usually, you can identify network promos by certain key trigger phrases the voiceover talent will say to hype or grab attention.

Network promos are usually recorded with an ISDN or phone patch link between the talent’s studio and the promo department of the network. The session director walks the actor through the spot and its timing for each line with dialog breaks and sound effects. After listening to the raw audio for the already completed spot without the voiceover, the talent has a sense of pacing and will usually complete the spot with just a few reads, all the while, hearing the sound effects and music bed in his headphones.

Here’s an example of a network promo I voiced for the PBS show “Sid the Science Kid”.

It’s been a hectic few days, exactly how I like it. Friday I was in my old stomping grounds in Orange County narrating a TV show at AudioVision’s studio in Tustin. Saturday and Sunday weren’t so quiet either. I was busy not watching the Oscars and voicing a few promo projects for a couple of my corporate clients. Today has been about catching up on auditions before what is sure to be my favorite day of the year tomorrow: getting my wisdom teeth pulled. The next two days are blacked out for me in the VO world, and I’ve got my fingers crossed for a swift, non-swollen recovery before a couple of projects booked for Thursday afternoon. 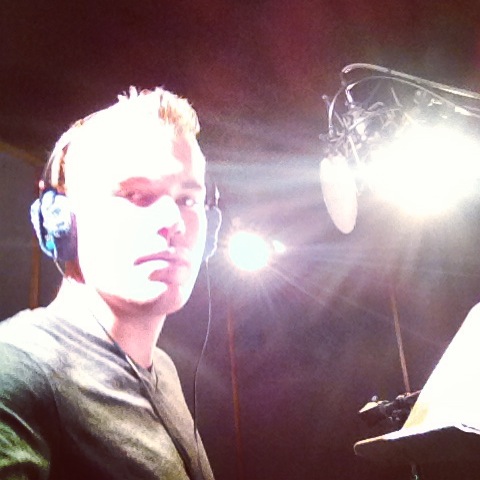 Jesse Springer Performing a Voiceover in the AudioVision Tustin Studio

Jesse Springer Performing a Voiceover in the AudioVision Tustin Studio 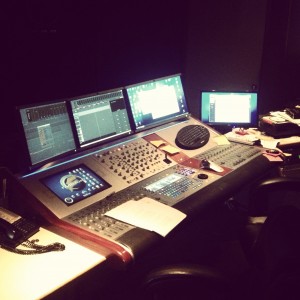 I recently auditioned for a character role for a major animation studio here in LA. One of my favorite things about voiceovers is how much FUN it can be. Usually, when auditioning for an animated character, the director will provide us with a sketch or CG render of what that character will look like, and it’s up to us to find the pizzaz and spunk to bring that little image to life. Sometimes, though, it can get a little out of control, and something crazy/awesome like this comes out of it!