I’m Jesse Springer, a voiceover artist based in Los Angeles, California. I work with major TV and radio networks and multinational brands as the voice for their commercials and promos.

I started off in voiceovers when I was 15 years old, living in Seattle. A personal friend and life mentor to me at the time was one of the voices for Disney Channel, and I was always fascinated with the work he did. I started asking questions like “do you record from home?”, “how do they direct you if you’re not in the same room as they are?”, “how much money can you make?” and “what do I have to do to get started?” My friend put me – and my parents – in touch with an acting coach and an audio production studio in Seattle. From there, I started training, studying and learning. I learned classic breathing techniques, voiceover terminology, copy interpretation techniques, how to approach a script, industry etiquette and more. 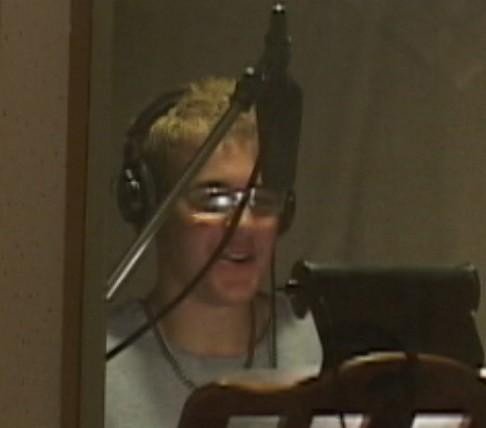 Eventually, at age 16, I produced my first voiceover demo with that same audio production company in downtown Seattle. It was one of the most exciting, wonderful days of my life to that point: being behind a microphone while being directed by one of the best in Seattle, script by script. Those recordings became my first animation demo, showcasing some of my character and vocal range abilities. Once I had that demo in hand, I started purchasing my own equipment: My first microphone, an AT4033/CL, a computer, Adobe Audition software, a Presonus FireBox preamp, and some Auralex Acoustics foam so I could start padding the walls of my closet to audition and record. I worked hard, emailed studios and production companies, made phone calls, and sent anyone who was anyone my demo with ambitious hopes of landing that first job.

Not long after, Rogers Television in Canada heard my voice and decided to give me a shot at voicing some of their network promos. Then UPN in New York gave me a similar opportunity for one of their local cable shows. Opportunities, slowly but surely, started popping up. I continued working at it hard, and dedicated my “senior project” in high school to the art of breaking into the world of voiceovers. In the summer after graduating high school, I landed my first SAG (Screen Actor’s Guild) union job for the Washington State Department of Health. Then, at age 18, I moved to Los Angeles.

Not long after landing in LA in 2006, I signed with Artist Management Agency for representation in San Diego and Orange County, then with Solid Talent for representation in Los Angeles. In 2010, I was working with brands like Gold’s Gym and KFC on their biggest, baddest, coolest TV campaigns. In 2013 I joined Atlas Talent in both Los Angeles and New York. #TeamAtlas is 100% family to me, and together we’re taking the airwaves by storm!

I’ve had the opportunity to work with the best of the best, and I’m stoked to say that my voice has been heard by millions around the world. As a matter of fact, I was recently reviewing some network data reports, and I noticed that as of June, 2018, I’ve voiced more than $1,000,000,000 (that’s BILLION with a “B”!) in campaigns in the USA alone! How cool is that?!

My work in the world of voiceovers has been exciting, nerve-wracking, and pure bliss. It’s never been easy, but every day it’s been worth it. I’m grateful and inspired by a community of fellow artists who strive to deliver their utmost each and every day, regardless of who the client may be. Voiceover is a unique artform, and one I’m pleased to practice daily in pursuit of my very best.